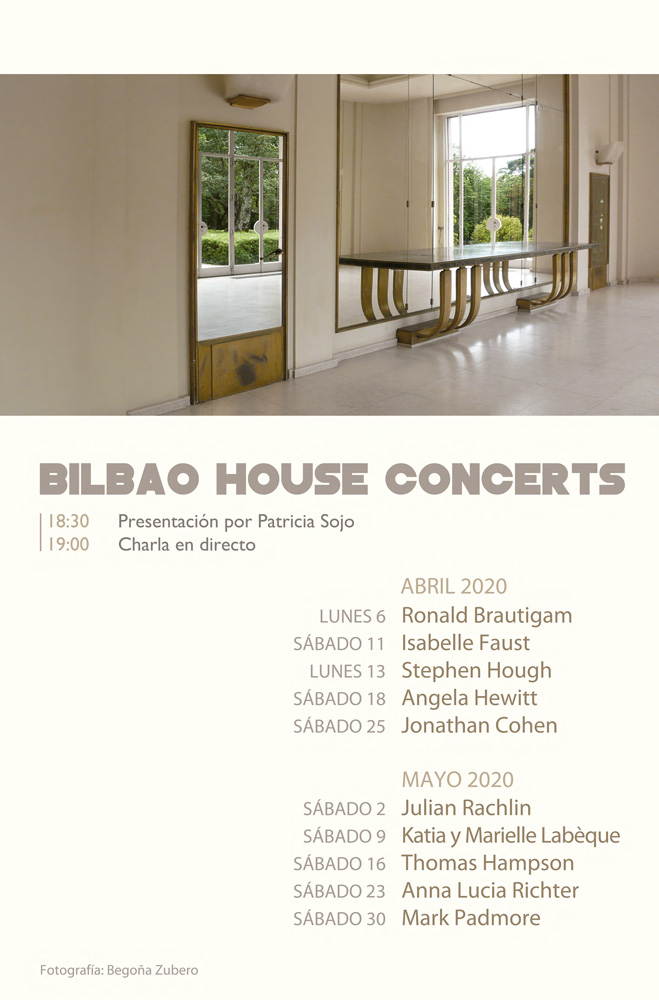 Bilbao House Concerts started during the spring lockdown of 2020. With the aim of keeping us together and making “live” music to be part of our lives in those unexpected days, I organized a series of online musical interviews for our group of music-loving friends.

Concert seasons around the world had been canceled so the musicians we had listened to and applauded so often were also lockdown to their homes. If we couldn’t hear their music live, we could hear their voices talking about music.

So I began to write my list of friends located on both sides of the stage. On the one hand: Thomas Hampson, Isabelle Faust, Angela Hewitt, Mark Padmore, Ronald Brautigam, Stephen Hough, Katia and Marielle Labèque, Jonathan Cohen, Julian Rachlin, Anna Lucia Richter and Pablo Heras Married who with the greatest affection opened the doors of their homes and studios to us, transmitting emotions that we will never forget. On the other side, the faithful group of music-loving friends to which I belong, enthusiasts, full of passion for music.

During the summer of 2020 these Interviews developed into business project that took the name of Bilbao House Concerts. A project that currently offers a stable online, offline and face-to-face program of Courses, Concerts, Readings and Trips in addition to the Interviews which, since then, have been joined by Gustavo Gimeno, Pavel Kolesnikov, Angelika Kirchschlager, Ori Kham, Kristian Bezuidenhout, James Rhodes and Lucas Macías Navarro.

A project where, above all, friendship is and will always be a differential touch, a project to which, if you are passionate about classical music, you are invited.