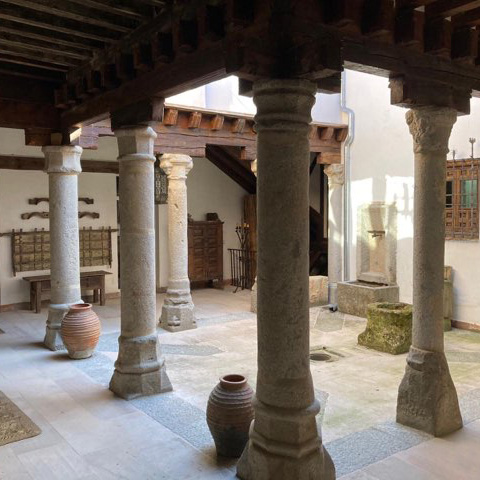 The Vaquero Turcios house-museum is located in the Canonjías neighborhood of Segovia. With a Romanesque structure and Mudejar wooden framework from the 16th century, it was known as Casa de La Ronda. In 1964 it was acquired by Joaquín Vaquero Palacios, father of Joaquín Vaquero Turcios, turning it into the studio and museum of both artists.